The bad thing about most laid-back outdoor sports is that only rarely can groups larger than two or three play. That's not the case with the Triumph Sports 6 Player Beginner Croquet Set. This multicolored wooden collection includes enough...

Take your new favorite summer game on the road with the Hathaway Deluxe 6 Player Croquet Set. This is a full-size, portable croquet game set that includes all you need to transform any grassy area into a competitive croquet...

We know what you’re thinking, “That posh 19th-century game of overdressed lords and ladies?” Yeah, it’s actually wildly fun and coming back in a big way as a casual backyard sport. The Hathaway 6-Player Croquet Set includes everything you need... 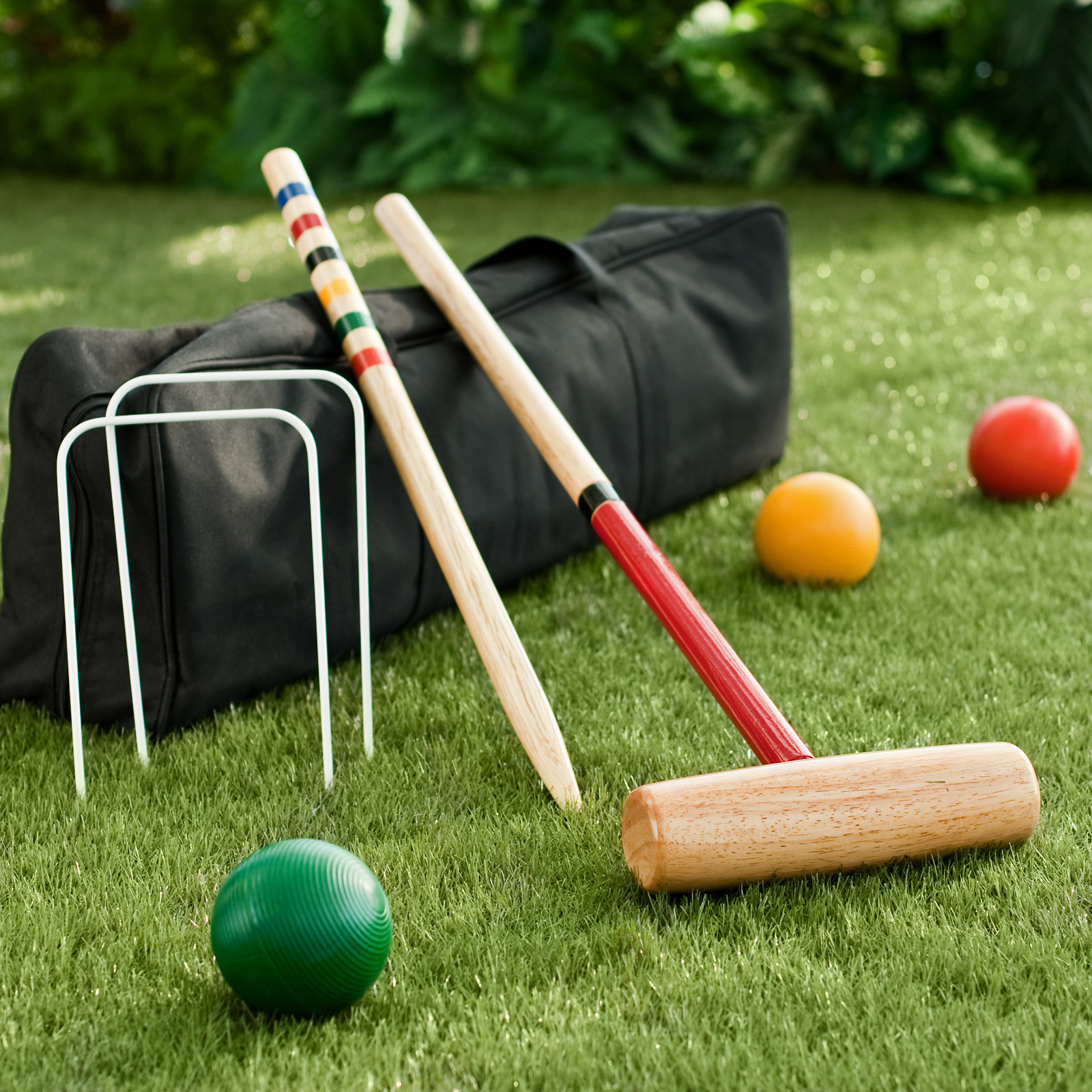 Shop for croquet sets, mallets and croquet accessories and start a game today! Whether you’re a backyard enthusiast or looking for professional croquet supplies, check out the selection of croquet sets from Hayneedle.

Turn your lawn into an outdoor game area with a new croquet set. You can set up a croquet tournament featuring a new set of mallets and stakes perfect for your space. Shop for a croquet game for the family, or if you’re a serious player, take a look at our professional croquet sets. With our fun selection of croquet games for sale, you’ll be playing in no time.

Find a croquet set made for 4, 6, or 8 players, from brands including Baden, Franklin, Halex, Jaques, and Spalding. Shop for wooden croquet sets in a variety of styles and for any budget. Croquet sets include mallets, balls, wickets, and end posts. Mallets and balls are color coded so each player can keep track during play by their color. Many sets also include croquet instructions to help you set up your game and learn the rules of play.

Make your croquet game as informal or formal as you like with Hayneedle’s selection of croquet accessories for sale. Shop for a croquet rules book, challenge balls, championship flags, or a winning post. Croquet is a fun game for any age and a great way to create a game area in your outdoor space.

Croquet is a far more complex game than we often give it credit. Since it was first played in the mid-19th century, croquet rules have developed and adapted, and the croquet game has developed a language all its own. Following is a glossary of croquet terms: