Ask the average person about waste materials harming the environment, and you’ll likely get a list of things like plastic, batteries, or toxic industrial chemicals. Because as much as we might waste organic substances like food scraps or yard trimmings, they’re all biodegradable anyway, right? That may sound logical, but the reality is quite a bit more complex.

In fact, every year, many tons of organic materials go to waste that could be better treated via small-scale home composting, enriching garden soil and growing plants rather than forming climate-altering landfill gas and toxin-infused leachate. More than just a home garden soil supplement, compost is an important way to protect the global environment right from your own backyard.

A Rind is a Terrible Thing to Waste

Every year, a typical American home disposes of 650 pounds of compostable materials. If you kept all of your trash for an entire year (preferably in a well-sealed building downwind from your house!), you’d probably find that food scraps and yard waste alone account for 25% to 30% of the load.

Most of these organic residuals, as they’re called within the waste industry, end up in landfills. In 2011, according to the U.S. Environmental Protection Agency, more than 36 million tons of food waste was generated, only 4% of which was used for composting. The greenhouse gas impact of all that rotting food is equivalent to about 11 million cars. 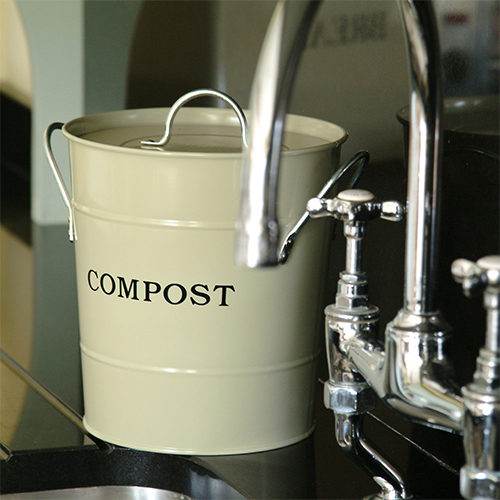 But wait! Isn’t food in a landfill just going back to nature? To understand why it’s not that simple, you’ll need to know the difference between aerobic composting and anaerobic decomposition.

It’s a familiar word, but in the world of composting, aerobic doesn’t mean hauling out a yoga mat and stretching your legs while orange peels and raked leaves slowly decompose in your compost bin. Composting, the natural process in which organic materials are gradually broken down into nutrient-rich matter or humus, is a process carried out by microorganisms that need oxygen to survive, i.e. they’re “aerobic.” Without these oxygen-dependent organisms, decomposition of organic material is a slower and colder process in which anaerobes do all the work, creating lots of carbon dioxide, methane, and hydrogen sulfide (which smells like rotting eggs) as byproducts of their oxygen-free activity. 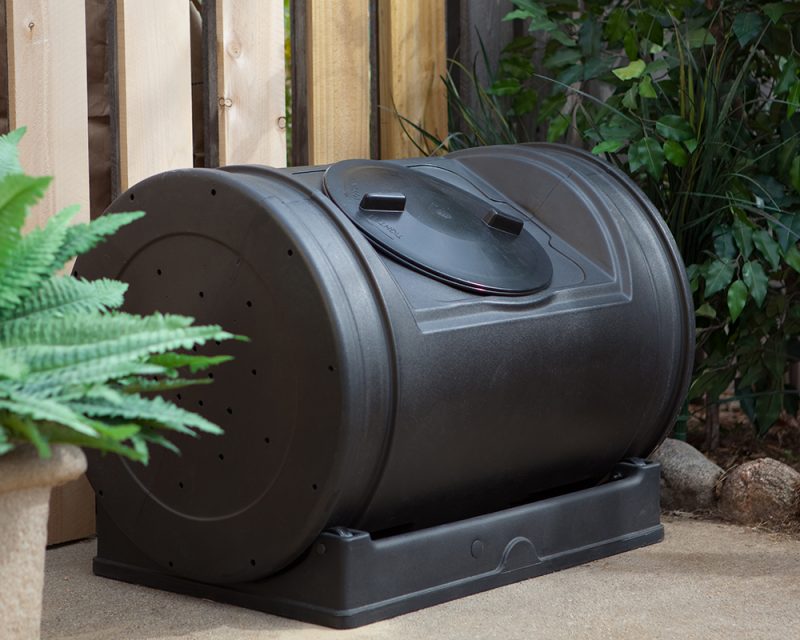 How much is lots? More than you might expect! In landfills, food is quickly rotted and buried, creating anaerobic conditions that significantly contribute to the creation of landfill gas, with methane as its number one ingredient. According to the EPA, landfills account for 11% of anthropogenic (human-caused) methane emissions in the U.S., which is even more than coal mining (8%).

That’s good news and bad news. The bad news is that methane is 21 times more powerful than carbon dioxide at trapping heat in the atmosphere. The good news is that methane has a much shorter atmospheric lifetime than CO2 – just 12 years versus potentially hundreds for carbon dioxide. That means that every bit of methane you can keep out of the atmosphere by composting will have an immediate positive impact, not just on your garden, but on the near-term climate as well.

The Biggest Benefits of Bins 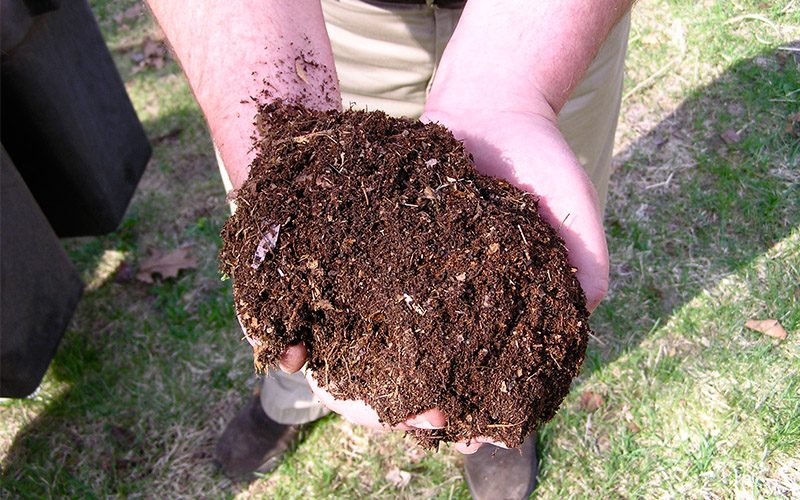 Of course the easiest answer for why you should own a compost bin is a whole lot closer to home – your growing plants and garden! Compost offers an incredible range of benefits, both causative and preventative, while reducing the use of water and expensive fertilizers and pesticides:

Learn How to Compost
GET EXCLUSIVE HAYNEEDLE OFFERS
and stay up to date with trends for your home
Success! Thanks for subscribing.
Don't miss out - follow us!
Be Inspired @hayneedle