Paisley prints bring an eye-catching touch to any space and are a great way to incorporate color and patterns. Discover the story of this iconic pattern plus two different ways to try this trend. 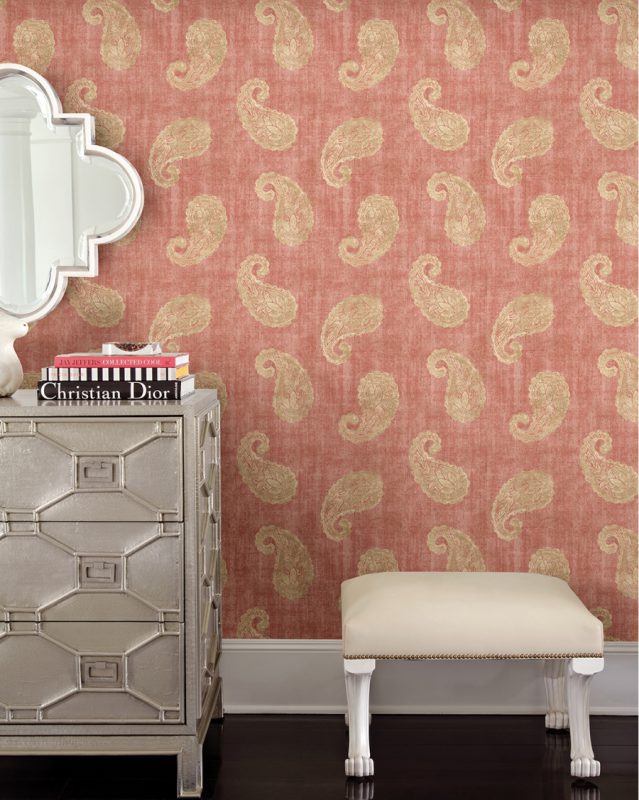 The term “paisley” itself refers to a curved teardrop motif originating millennia ago near present-day Iran and the Kashmiri region and is said to represent many forms of nature including flowers or uncurling palm shoots.

The design was often incorporated into shawls that were traded and given as gifts throughout the region for centuries before coming to Europe in the late 18th century. In the early 19th century, the town of Paisley in Scotland became a top producer of shawls with this design — hence the pattern came to be known as “paisley.”

Today paisley patterns remain prominent in carpets and textiles in blends of shades that can be an opulent and refined nod to paisley’s extended history or a colorful and psychedelic homage to an iconic popularity it enjoyed in the late 1960s. 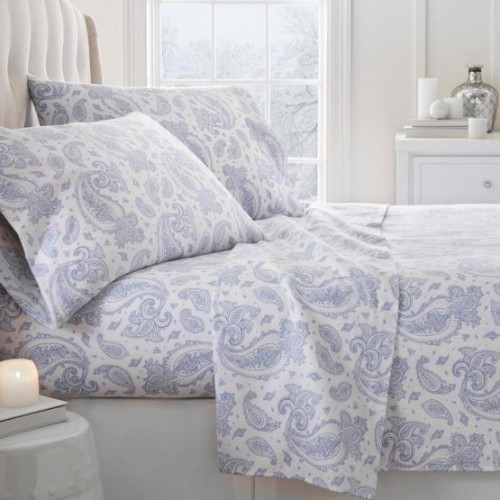 Bring this print into the bedroom with paisley sheets in subtle shades for a crisp, refined look.

Go back to paisley basics with this simple and sophisticated accent pillow. The sharp lines highlight the signature features of this long-term trend. 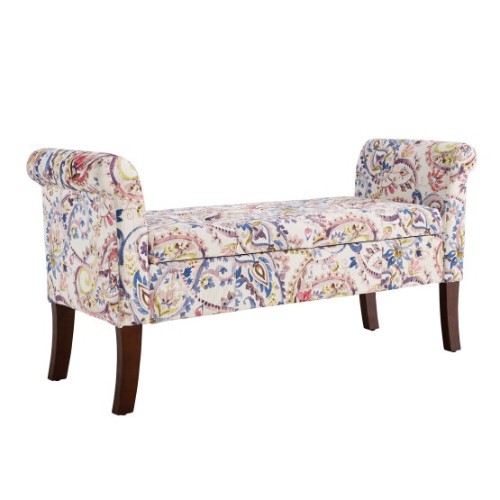 The gentle colors and washed out feel of this paisley bench pair with a traditional silhouette for an interesting accent piece.

Blending paisley and floral patterns, these curtains bring the romance without being overbearing.

This bowl in rich, peacock-inspired shades blends a delicate paisley pattern with a sunflower-inspired centerpiece for global flair. 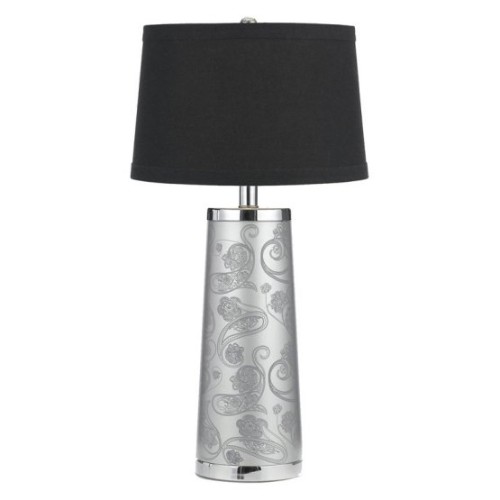 This lamp will beg you to look a little closer. The modern styling is elevated by a chrome base with a subtle paisley design to create a striking fixture. 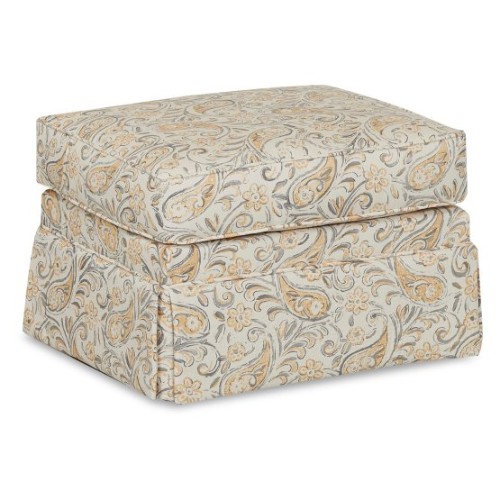 Soft, familiar colors blend with the informal pattern of this paisley ottoman to add dimension to a neutral-toned space. 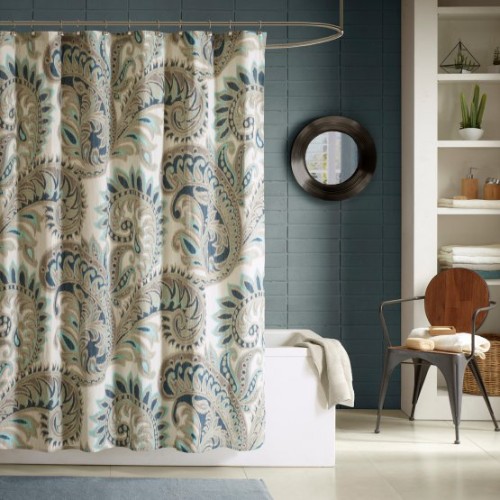 Go big with an oversized print on a paisley shower curtain. The classic shades of taupe and soft blues create an elegant retreat. 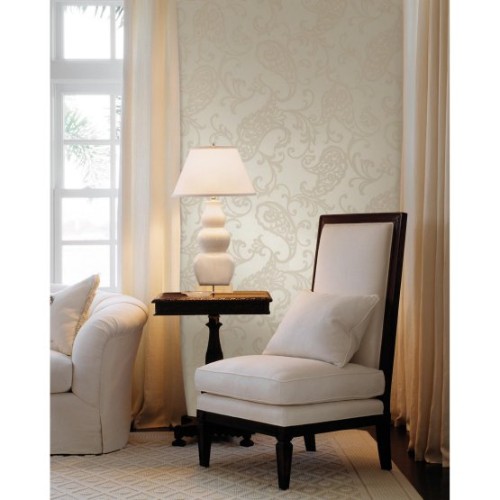 Most paisley pieces want to be the star of the show, but a subdued secondary pattern like stripes, ikat, or subtle geometric prints in similar color families can pair with paisley to create a dimensional space. 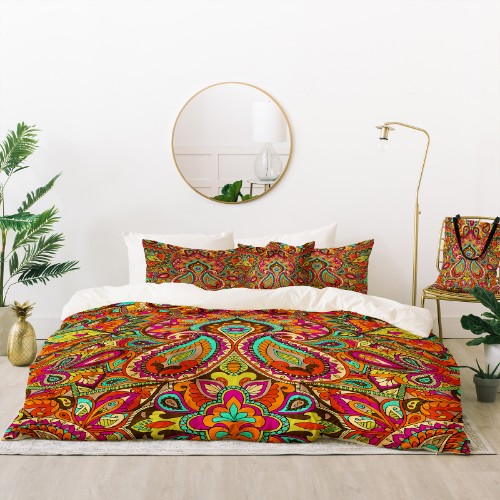 Dream in Technicolor with the lush blend of orange, turquoise, and fuchsia in this paisley print duvet. Balance it with understated accents. 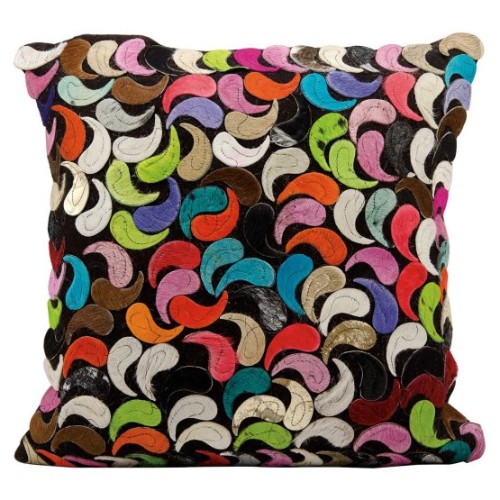 A fun take on the paisley shape alone, this colorful pillow blends a whimsical vibe with touchable textures. 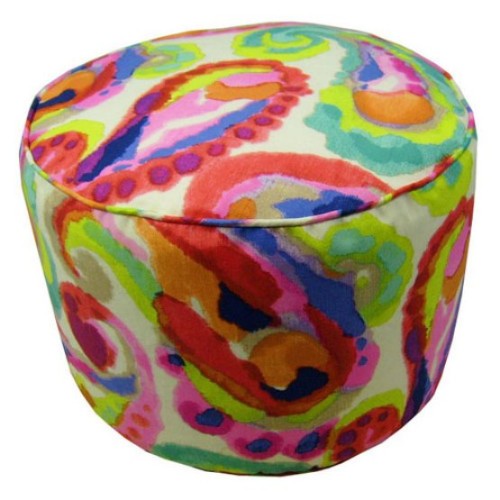 Bold color meets soft pattern in with this playful paisley pouf. Pair it with shades of green or pink to let this watercolor-inspired design shine. 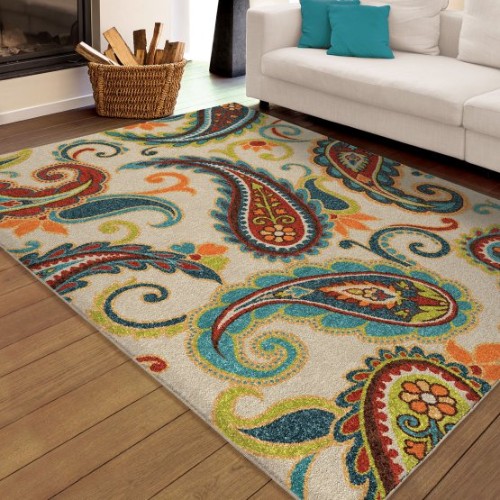 Neutral furniture? No problem! A pop of paisley in a patterned rug adds vibrancy to your space. Highlight your favorite color with coordinating accent pillows. 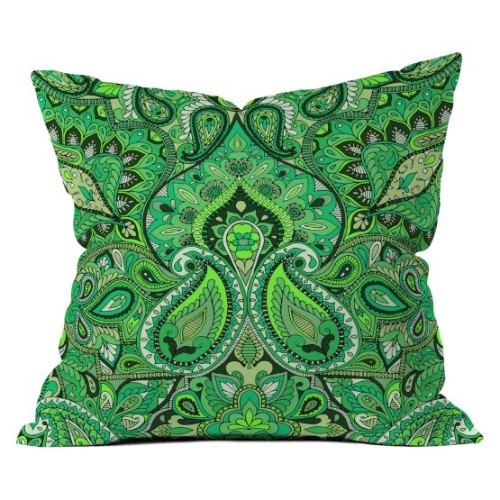 The intricate bandanna-inspired print on this throw pillow stands out when paired with other accent pillows in coordinating shades. 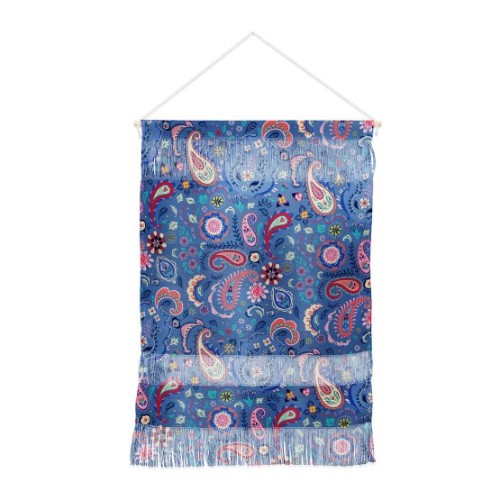 This paisley wall hanging brings an eccentric mix of shapes and shades for a more subtle touch of the pattern. The denim-inspired background helps it blend with any space.

A paisley chair is a great way to try this trend in your space. Pair it with other neutral pieces and pillows in matching shades. 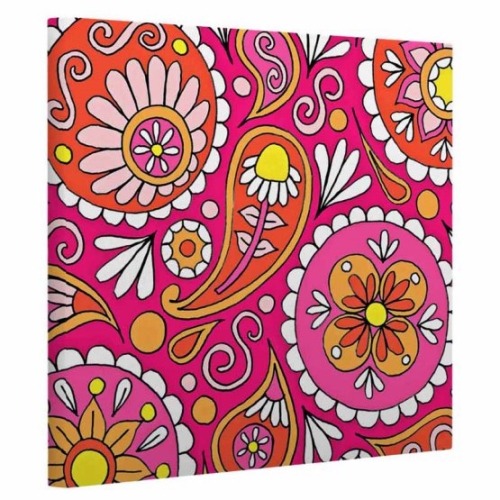 Soak up the ’70s with this canvas wall art full of cheery color. The retro daisy accents make this piece an exceptionally groovy addition to a creative gallery wall.

Complement bolder paisley prints with one or two colors used within the print to keep it from taking over your space.

See More Tips to Decorate with Patterns
GET EXCLUSIVE HAYNEEDLE OFFERS
and stay up to date with trends for your home
Success! Thanks for subscribing.
Don't miss out - follow us!
Be Inspired @hayneedle