Michael Tompsett, an artist and Londoner living in Spain, brings global perspective to his work. We had the chance to ask Michael a few questions about his experiences, travel’s role in art, and his new Mediterranean surroundings. 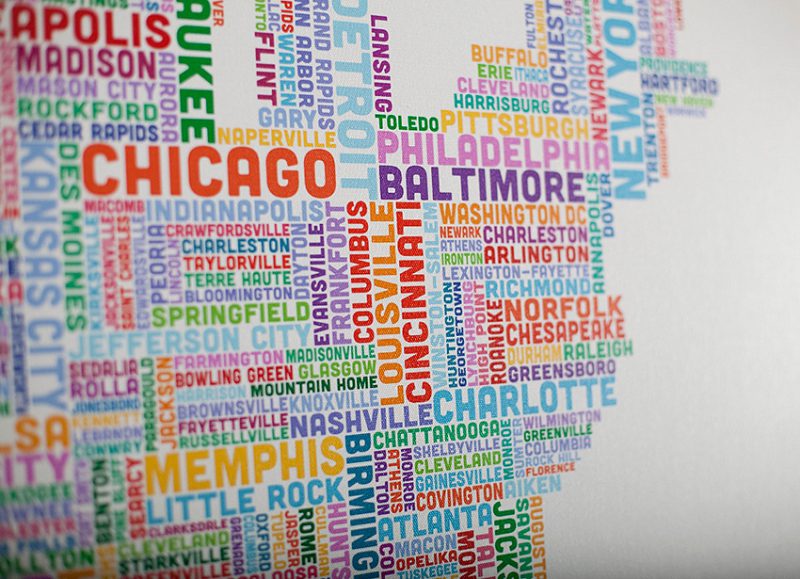 Your approach to map art involves watercolors, paint splashes, typography, and even sheet music. What first inspired you to create map art, and what about it still inspires you?

Quite by accident really – I had been experimenting with a particular painting style with different subject matters, such as portraits and landmarks, and a friend asked if I wouldn’t mind doing a world map in the same style. I duly obliged and luckily they were very pleased with the results. I posted the artwork on some blogs and [received] positive feedback. As a result, it got me thinking about other ways in which maps could be presented in different and thought-provoking ways. I found the process extremely interesting and fulfilling, and I realized I had found my niche.

Fortunately, I find I am not short of inspiration – my “ideas” list continually gets longer and longer and I wish there were more hours in the day to work my way through it. I still find it exciting to start a new piece of work and can’t wait to get started on the next one.

Is travel essential for an artist?

In this day and age I don’t believe so. The world has become so much smaller – you can read and see experiences at the click of a mouse button, something generations of old could never have done. Of course it isn’t a replacement for the real thing, nothing is ever the same as actually being somewhere in the flesh. At the same time, one doesn’t have to travel far for inspiration – it really is all around us.

You were a senior designer with Condé Nast Johansens for 12 years before dedicating yourself to your personal art exclusively. Did you always have this transition in mind, or did your successes as a designer encourage you to branch out on your own?

At first the art was more of a hobby, doing the odd thing for friends. A few suggested that I could sell the work I was doing, so the hobby became a hobby with the occasional cash benefits! As I built up a portfolio of work, and it became clear there was a market for it, I started taking the hobby a bit more seriously. It was still something I was doing in addition to my job, but I gradually learned the ropes of e-commerce. I left my job when I relocated to Spain. I was fortunate that the sales of my work had reached the point where I could afford to move and give up my job. 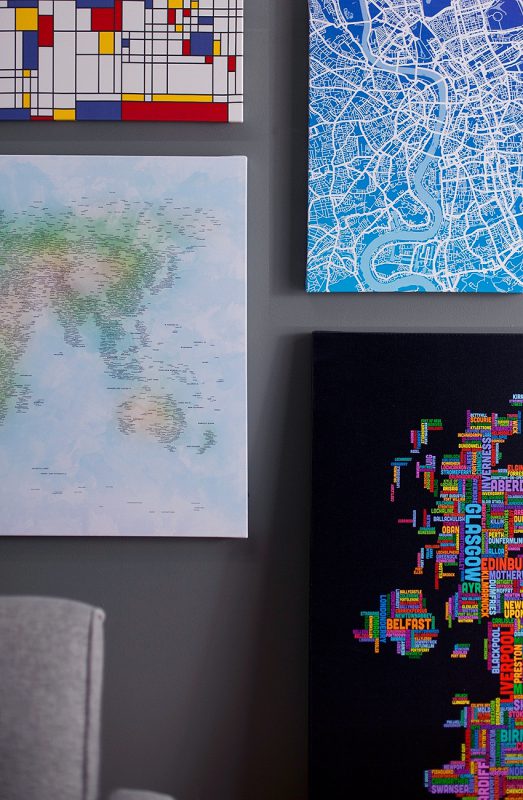 You left the UK to settle in a small Mediterranean town in Spain. What attracted you to your new home? Does a change in surroundings represent a new period in your work?

What attracted me to my new home was my Spanish wife! We had met and married in London in 2000 and always planned at some stage in the future to move to Spain, which we did in 2008. London was fantastic, it had been my home all my life, but city living, despite all the benefits, is more stressful, noisy, and dirty than living in a small village with lovely weather all year round and the sea just a five minute’s walk away. It certainly beats the crowded commute to work.

Does it represent a new period in my work? I don’t think it has fundamentally changed the processes or the way I work, but I now have the time to be far more productive. Living is generally much more relaxed, which means more time for adding new ideas to that list. 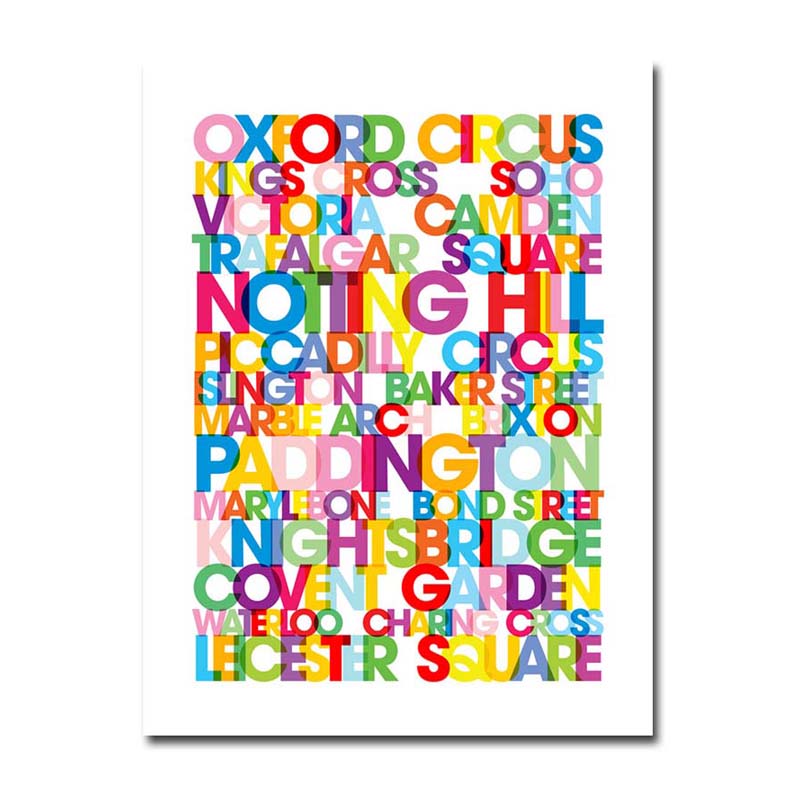 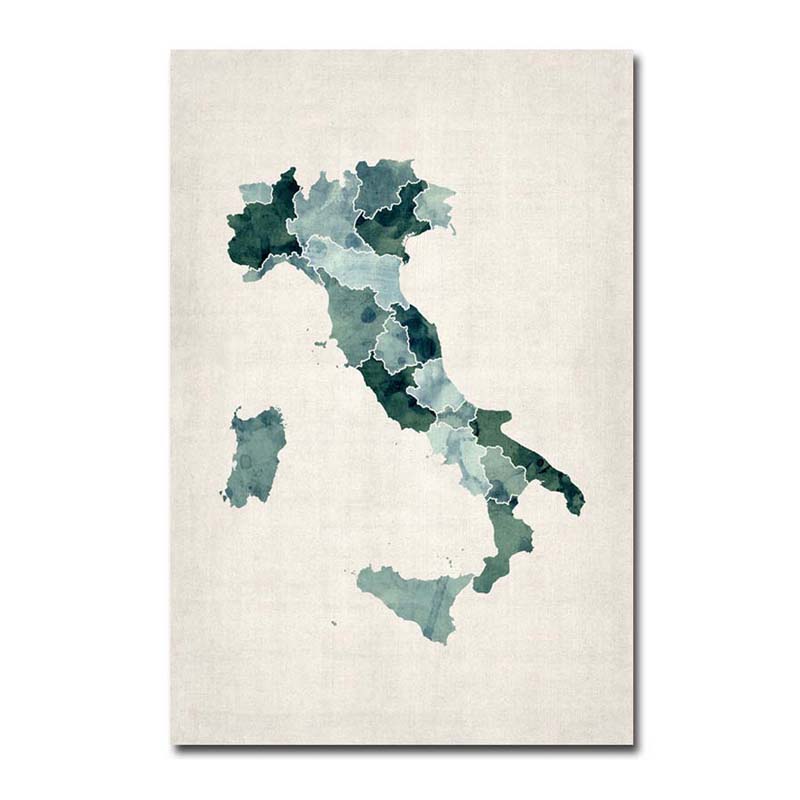 Is there ever a break in your creative process, or do you find that all of your experiences — no matter how seemingly unrelated — influence your work?

Definitely all experiences influence me – and I would say that would be the same for anyone. At the end of the day we are who we are because of how we experience life, it’s what shapes us, and therefore everything we do or think is based on those experiences, whether we realize it or not.

See more of Michael’s work on our “Art for the Jetsetter” Styleboard.